So you have your MacBook screen damaged. What’s next? Actually, we can find repair guides on MacBook display replacement on different repairing website. As our previous blog: 5 Minutes Done – MacBook No Display Repair. The weird thing is that it is so popular for technicians to replace the whole display assembly instead of single display replacing. Why?

Well, that’s what our blog today is talking about. Follow our repair guide and you can see how the technician removes the display with just two pieces of Air Slice instead of the use of a Hot Air Gun. Which can greatly reduce the difficulty of screen replacement? Hope we will enlighten you somehow in MacBook single display replacing. 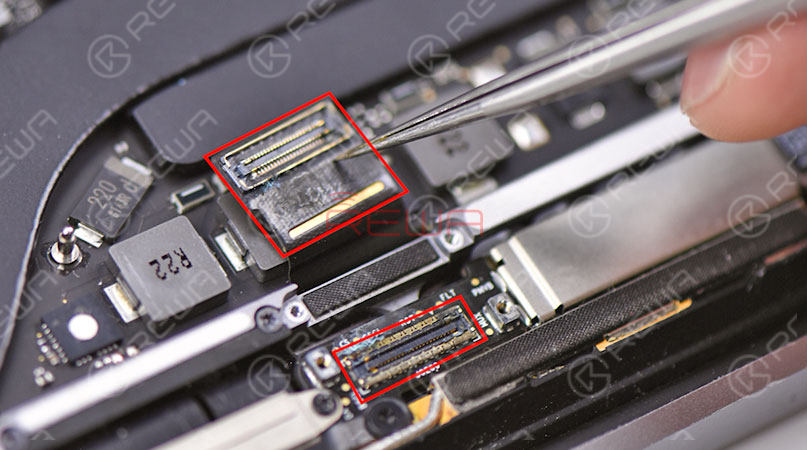 Continue to remove screws securing the screen. Then separate the display assembly from the bottom half keyboard. 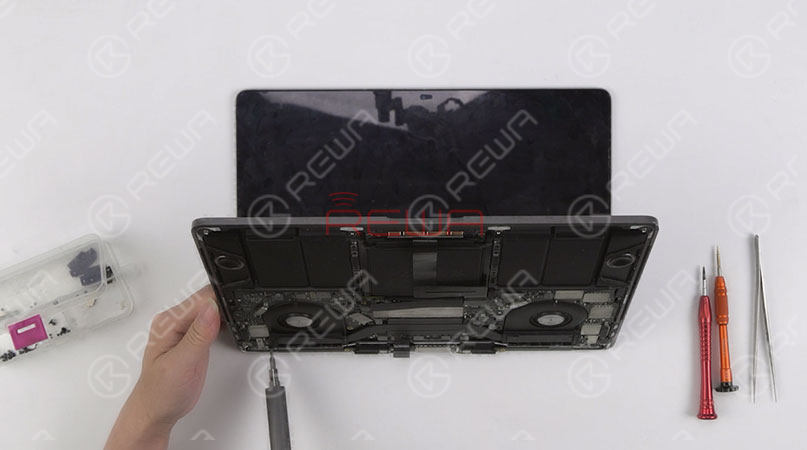 Now, let’s move on to display replacement. First, secure the backlight flex cable with sticker. Then remove the rubber gasket around edges of the screen. 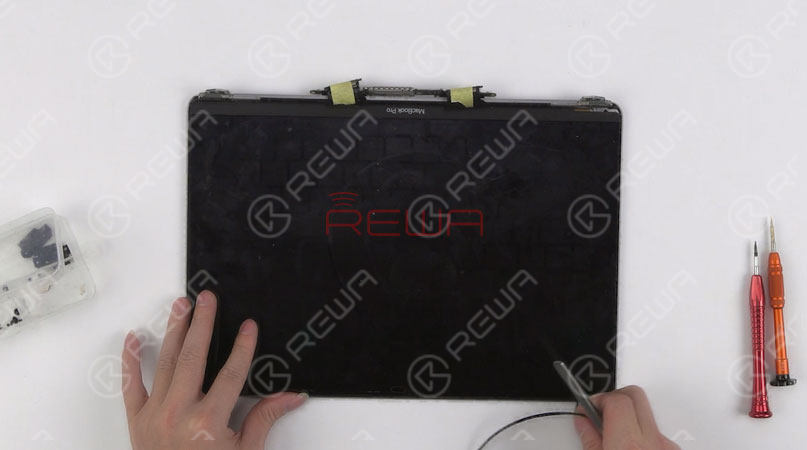 Here we will use a special MacBook screen separating tool - Air Slice to detach the display from the upper case.

8 pieces of screen separating slice in 4 specifications 10 pieces of LOGO removing slice in the plastic box Take out a piece of LOGO removing slice. Dip some alcohol and then insert the slice under the LOGO strip. Slip back and forth to detach the LOGO strip. Continue to remove screws securing the screen iron bar. Remove the spring bar afterwards.

We can see that the display has not been damaged during the process.

Once done, get the spring bar installed. Tighten screws securing the screen iron bar and then get the LOGO strip adhered. Get the display assembly and the bottom half keyboard assembled together. Continue to get the WiFi antenna installed and the display flex cable secured. Tighten screws securing the WiFi antenna and the screen. Once finished, connect the battery and get the lower case installed. 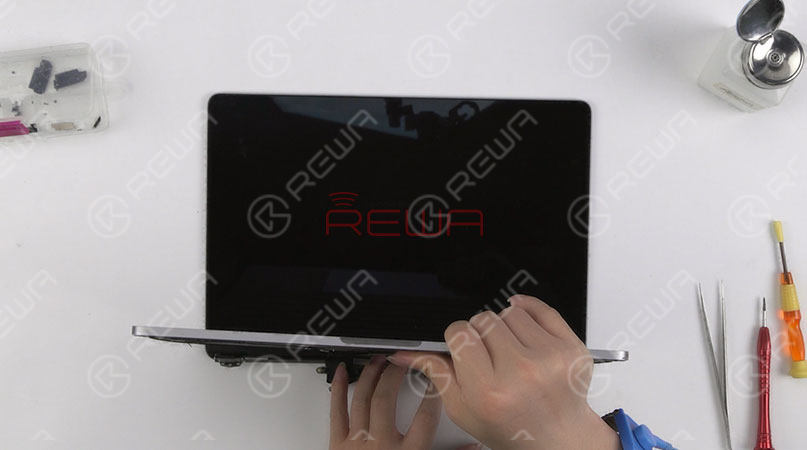 In the end, plug in the AC adapter and power on. The MacBook turns on normally. Keyboard and the trackpad also work normally. 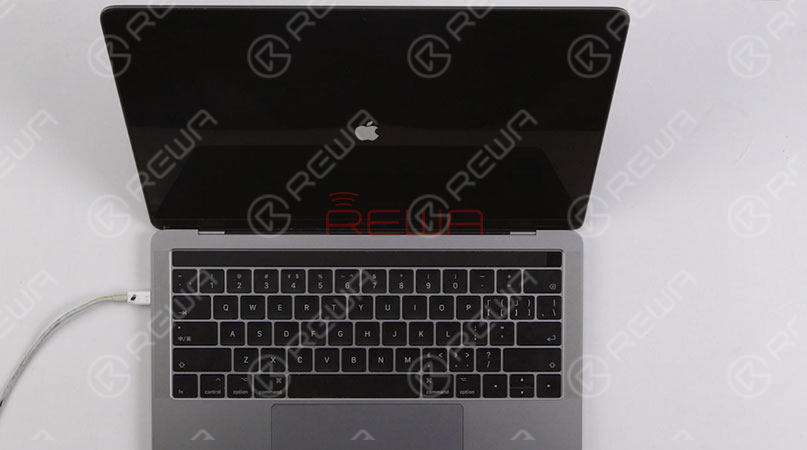 InREWA, everything comes after quality